Finally Got My Little Boy’s Haircut!!!

Max is now 2 and almost 4 months old. And he has never had his hair cut. Granted his hair is not as affluent as some boys his age but as thin as it is, it was still growing past the acceptable point. Too long in the back and over his ears, just generally shaggy.

So right in the beginning of the school year, Everleigh’s hair was out of control long and instead of taking her to a salon and have them cut her ends for 10 minutes and pay $20, I decided to get a home hair cutting kit and just do it myself. What? I watched like most of a you tube video on it and everything. hahaha.

I was actually able to cut off a few inches off the ends and maintain her beautiful layered curls. Although if her hair was stick straight i would probably have required a bit extra effort.

I tried to apply the same technique to Max, and let me tell you, he was just not having it. It took a few months but I finally broke and decided to take him to a kids haircut place called Snip Snaps. I was honestly expecting the worse… a new place with a stranger touching his head. oh boy.

To my surprise, Max went in the place and somehow was totally cool with it. He picked the car he wanted to sit in and let the girl put the cover on him, spray him with water and cut his hair in under 10 minutes. He didn’t make one noise, I just kept saying how socked I was and kept snapping pictures.

I was so so proud of my little man, and his hair looks SO much better, the girl did a fantastic job and I was not even sad about the $20 – totally worth it, I even left her a $4 tip.

Why You Should Get Your Kid a Water Table

What To Wear To a Concert? Here’s The Ultimate Outfit!

Aquaman Inspired Me To Go Red… Or Did It? 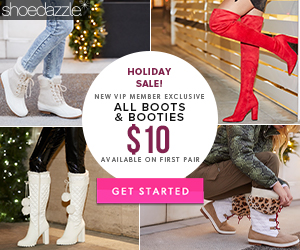